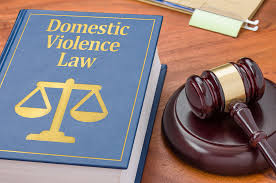 When you are facing false domestic violence charges, what options will you have available?

Are you facing false domestic violence charges and are wondering which options you have available to effectively defend against such charges? In the following article we will present five solid defense strategies that can be implemented in trial to correctly defend against false domestic violence allegations. First, it could be that the victim has charged the wrong suspect in the alleged domestic violence incident. Under this scenario, there are a variety of methods to establish the defendant’s innocence. For instance, if the defendant has a strong alibi for their whereabouts during the alleged domestic violence (i.e. not in the same city, present at a concert or restaurant or at a friend’s house) and either video surveillance or witness testimony can substantiate the alibi, then this could lead to a not guilt verdict by the trial judge or jury.

A second valid defense for a domestic violence charge is to claim self-defence. If the victim was acting in a manner that could have caused serious bodily injury to the children, defendant or other person(s) then acting in self-defence to protect yourself or others from potential injury is legally justified. The issue with claiming this defense is that the criminal lawyer must be able to prove beyond a reasonable doubt that the victim was in fact engaging in dangerous behaviour to cause the defendant to act in self-defence. However, if evidence can be brought forward to substantiate the victim’s behaviour (such as video surveillance, photographs of the injuries endured by the defendant or witness testimony from person(s) who watched the incident) then this defense could be valid and accepted by the judge.

A fourth option to defend against domestic violence is by establishing that consent existed. This also may sound surprising but in some cases, the victim may have consented to a certain act that could have reasonably been predicted to cause bodily harm. This defense is rare, but if the criminal lawyer can show that the victim likely consented to the behaviour then this could lead to a not guilty verdict. A final defense for a domestic violence charge is lack of proof.

What Is Supplemental Security Income – Benefits & How to Apply